My latest comic book pick up came as a shock not just to me, but also to my boss and the owner of the store. I would have sworn I was only a couple days late picking up my order, but the size of the pile he pulled out with my name on it legitimately had us both pausing for a beat. 67 items. SIXTY SEVEN guys.

On top of that, I haven’t actually finished processing all the items from my July order.

Which is why I’ve concluded that not only is there no real point listing all the items on these posts, I also can no longer realistically read all the items I purchase for the library. And frankly, some titles were a bit of a struggle for me anyway.

Instead, here are some highlights:

After two volumes with Charles Soule, Astonishing X-Men has a new production lineup, and starting from issue #13, it’s written by Matthew Rosenberg. I haven’t read these, but apparently Alex Summers shows up. He’s an interesting character I guess, but just not one I was ever particularly intrigued with. I’m not really super into this particular X-Men title, so it’s one of the ones I’ve given up trying to read before putting out on the shelves. I do have to say though, issue #14’s cover art is gorgeous: 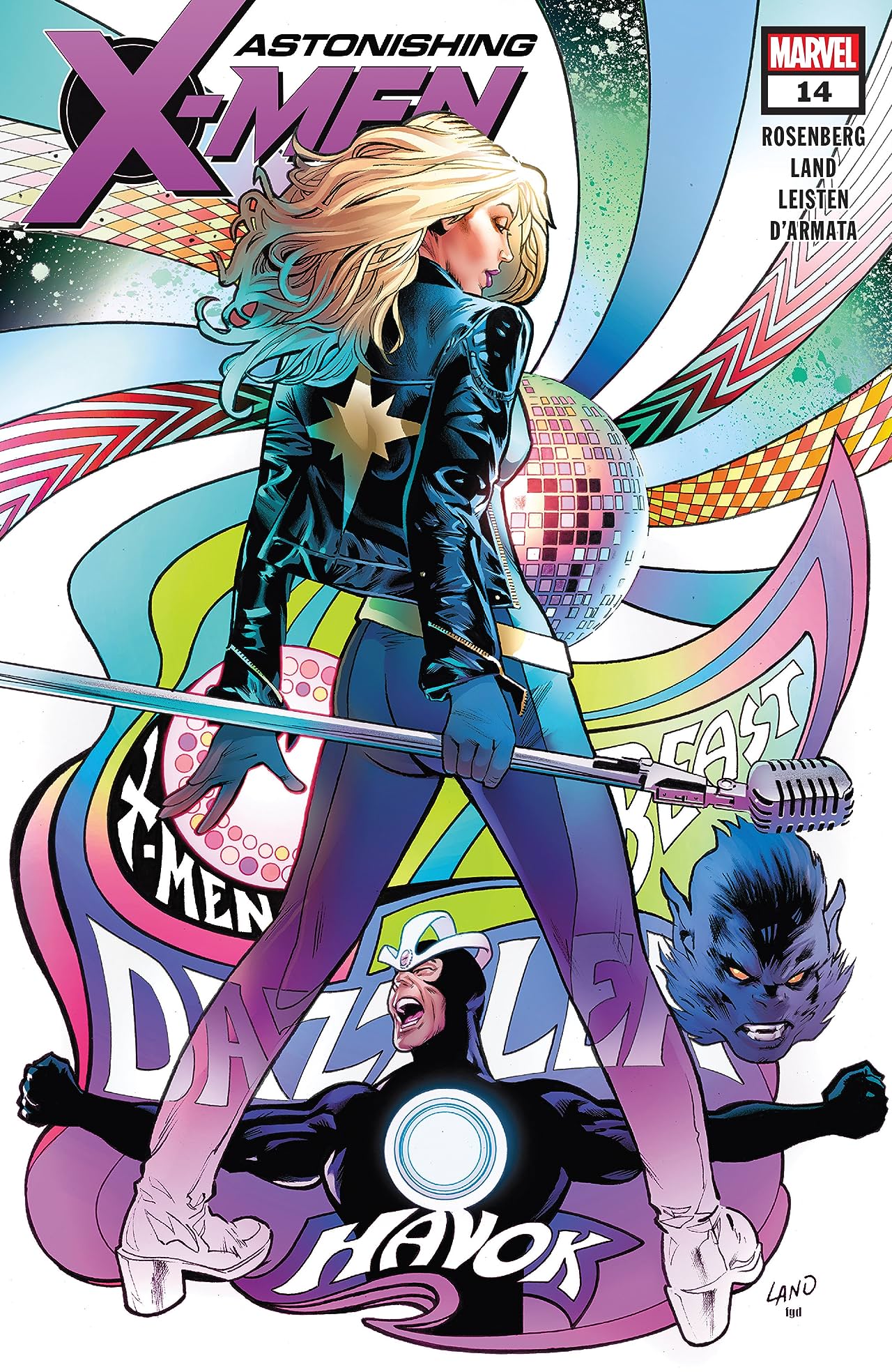 Unlike Astonishing X-Men, I didn’t give up reading X-Men Gold. The vibe of this title really gives me flashbacks to the X-Men I read when I was a kid, and I’m always excited to see what’s kicking in their universe. I wasn’t emotionally invested in the whole Kitty and Peter’s wedding thing, but what ends up happening at the end of that story arc? I am all there for it. Which of course means I am now subscribed to the Mr & Mrs X title. (Hmm. I’m starting to see how I got myself up to 67 issues in that August order….) I haven’t quite gotten to that point in the pile yet, so stay tuned for what I think of it.

I also picked up Exiles and Extermination as new titles, and will check in again after reading those! Image comics is doing me a Family Trade all over again, with the news that Scales & Scoundrels will be wrapping up in issue #12. Why does everything good have to end? If the same fate befalls Flavor I’m going to be mad. So far I really love this title, and I’m excited to keep reading it.

Moonstruck is still going strong though, and I guess it’s cute? I’ll admit I can’t always follow what’s going on or who the characters are or who is dating whomst, but it started a new story arc so maybe this time I’ll stay on track. If nothing else, I appreciate the diversity it brings to the table and what that could mean for some of our younger readers. Often books with transgender or nonbinary characters deal with older, more mature topics, so it’s nice to have something that’s accessible to everyone. 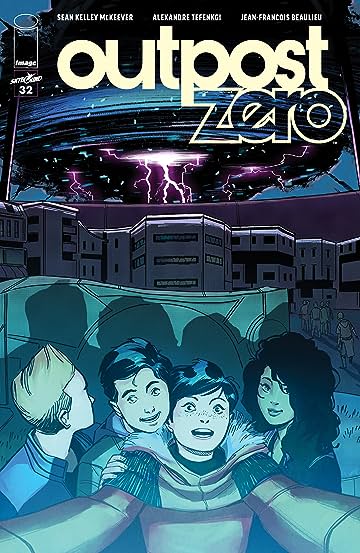 I also picked up a new title in Outpost Zero, which seems like it’s going to be interesting – but may also be a short run of four issues? It’s like a space adventure with kids right around the time they’re trying to forge their own identities – a bit of sci fi, a bit of dystopia, and a lot of YA fluffy feelings should add up to just my cup of tea. 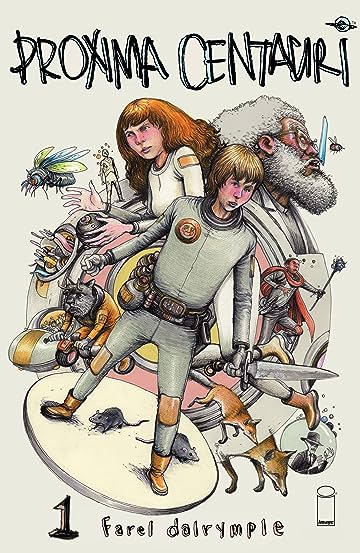 Contrast with another Image space-themed title, Proxima Centauri. I thought the art of this was going to be my jam, more so that Outpost Zero, but it sort of fell flat for me. Plus the excessive swearing was just really distracting, and unnecessary. I swear a lot in real life, it’s not the actual swear words themselves that I didn’t like, it’s how jarring and out of place they felt. Almost like they were just put in to show how “edgy” our protagonist is. I ended up telling our suppliers not to add this one to our list, because I just don’t feel comfortable having it out on the shelves where the younger kids can get to it – and especially with how lovely the art is, I’m sure lots of them would be picking it up. 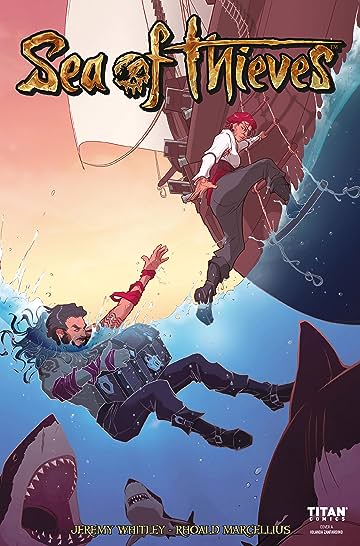 Sea of Thieves wraps up, and my main reaction to it is – why does it have a 17+ rating? I assume the game does and they’re just following that, because the comics weren’t particularly mature. 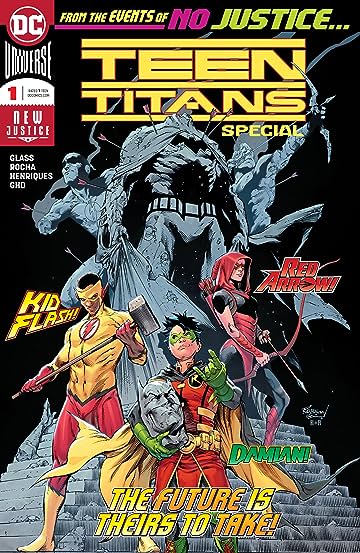 I was really enjoying the Teen Titans rebirth series. I haven’t read No Justice yet, so I definitely lacked some details going into the Teen Titans Special…. but this an interesting direction that the kids are headed in. It actually makes complete sense for Robin to [SPOILER ALERT] turn away from Batman’s anti-gun/killing path, but it’s a surprisingly dark theme for a teen title to tackle. Definitely interested in seeing where this goes. Batgirl still has a special place in my heart, although in the latest issues she mentions that she may drop out of her library science course and I let out a long, feral, internal wail of loss at that panel. Come on Babs. Fight the good fight for us library science wimps everywhere. Also she [SPOILER ALERT] moseys up with Dick Grayson and I am okay with that. Get you some action. Mrowr.

I should probably get to some actual cataloguing now and try to reduce the size of this pile on my desk. More titles in the next post, as I get around to reading them – hopefully before the September shipment hits my desk!